Home>Projects>Interdisciplinary evaluation of the impact on employment, innovation and competitiveness of the competitiveness and employment tax credit (crédit d’impôt pour la compétitivité et l’emploi “CICE”)
Back to the list of projects 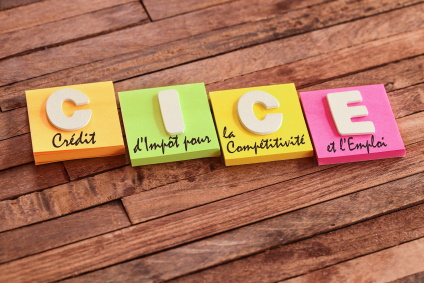 The competitiveness and employment tax credit aimed to enhance corporate competitiveness “through investment, R&D&I, training, recruitment, conquering new markets, ecological and energy transitions, and restoration of working capital”. Potential effects are multiple: salary repartition, price competitiveness, or qualification structures and innovation. Initial observations made by the follow up Committee show that although existing data is still lacking, the 2013 tax credit has suffered from a significantly high rate of non-take-up. Reasons for non-take-up cumulate and interact, but then some are mutually exclusive. We will pool resources to carry out an initial study, which will analyze changes in workforce use according to the type of position. Wage structure reshaping will be measured, and an estimate of the discontinuous regression of the CICE’s impact on salaries of grossly 2.5 times the minimum wage. The econometric strategy used will consist in (as did Crépon and Desplatz in 2001) estimating the CICE ex-post impact on the ex-ante eligibility of a company according to its wage structure. This by defining an exogenous exposition variable. The variable will be built from company data prior to the setup of the CICE. It will especially be possible for every company to trace back its ex ante potential processing from the wage structure data bases in the Annual declaration of social data (DADS). Then, using the SIREN codes, the exogenous indicator will be possibly used with fiscal databases to obtain the operating profits. In the present case, these will be the FARE data, matched with the panel. This will enable us to evaluate, using a double difference, the impact of ex-ante exposition to the CICE on company accounts. In the absence of reliable data on R&D investment in the FARE data, the CICE’s impact on investment in innovation activities will have to be evaluated using the matching of the previously described panel with MVC data files.