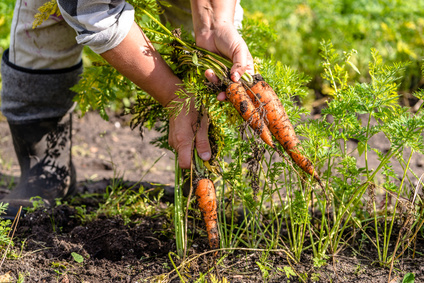 “We aim to verify if organic agriculture is currently undergoing a convergence with “traditional” agriculture on some aspects. The “mainstreaming” thesis has been developed with sociologists following a comparison of earlier “organic” farmers and those who have arrived later on the organic production market. [Buck and al., 1997, Guthman, 2004, Hall and Mogyorody, 2001, Best, 2008, De Wit and Verhoog, 2007, Lockie and Halpin, 2005].
This thesis states that the earlier farmers were motivated primarily by environmental and social concerns, whereas those who convert to organic production after price increases or when presented with economic incentives, are rather motivated by profit. These farmers usually have larger acreage, and share common characteristics with “conventional farming”: mechanized production, vertical integration of the value chain and retail strategy. A direct consequence is that the earlier farmers tend to have stricter specifications for their processes and have a more virtuous approach to what is not specified by organic production norms. Farmers who have converted tend to not go beyond the organic production norms, nor have a more virtuous approach than “non-organic” farmers for issues which are specified in organic production norms.
For example, recently converted farmers will generally use all plant protection products authorized by organic norms, like copper in vineyards or pyrethrinoides, whereas traditional organic farmers will tend to refrain from using such products out of principle. The same logic is followed for renewable energy use, waste management or short retail circuits. This thesis has important implications for support policies, as if the thesis is backed by complementary research, then the environmental and social benefits of increasing conversion to organic farming may have been overestimated.
”