Home>Projects>Polarization of employment, mobility and spatial classification
Back to the list of projects 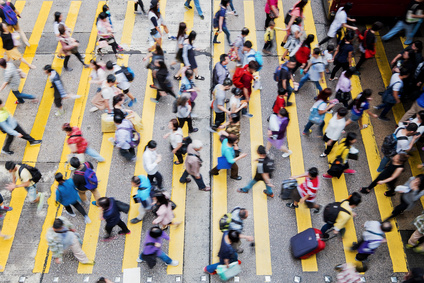 This research project brings together three empirical studies designed to explore changes in the French labour market. Study 1: the polarization of employment in France. Over the last 30 years, employment growth has been marked in the highest paid jobs (which tend to require abstract and creative skills) and the least well paid jobs (requiring manual tasks with interpersonal interaction). Conversely, there has been a decline in jobs in the middle of the wage distribution (jobs involving repetitive, routine tasks that are easily replaced by machines). Since robots now excel in performing complex tasks, employment is indeed becoming polarized: we are witnessing a disappearance of middle-class jobs (replaced by machines) in favour of jobs at the extremes of the wage distribution (those not replaced by machines). Polarization of employment would spell the end of the middle class, which is mainly employed in jobs which are in decline. In this way, job polarization would likely fuel rising wage inequality. As a first step, the project aims to test this conjecture using wage data from a reliable source. Moreover, the policy of lowering taxes since the end of the 1990s could both support routine jobs, despite their programmed decline (due to the advent of smart machines), and promote the expansion of so-called manual jobs. This project aims to test this hypothesis with accurate and reliable wage data. Moreover, the polarization of employment requires career reorientation for workers affected by the decline of routine jobs. Tracking individuals’ careers should enable us to measure the extent of career changes and the duration of these transitions in the French labour market. Study 2: Spatiality of job polarization in France. The purpose of this research is to investigate the geographical consequences of labour market polarization in terms of spatial sorting of economic activities (businesses) and individuals between employment areas and within cities/districts. Thus, we will also look at the impact of labour market polarization on the gentrification of neighborhoods. Very little attention has yet been paid in the existing literature to the consequences of polarization on the spatial organization of economic activities within cities and regions. Has this phenomenon of labour market polarization created job and individual displacement within cities, departments, or regions? Using DADS (annual declaration of social data) data from the post office will provide us with exhaustive data on the French economy, with which we will document the phenomena of gentrification/spatial reallocation of economic activities and individuals linked to polarization on a very fine geographic level. As the census comprises infra-communal data (IRIS), it will enable us to study the phenomena of spatial sorting and polarization within cities themselves. Study 3: Dualism of employment contracts, professional and wage pathways. The first part of this study provides a descriptive analysis of the flow of workers from companies according to a number of characteristics. The DADS and the EMMO-DMMO (survey on labour movements – monthly declaration of labour movements) will therefore be matched. The DADS variables will provide information on wages paid to employees, the sector of activity, and the size of establishments. The surveys on, and declarations of labour movements will enable us to estimate turnover, with a particular focus on the type of contract (stable or temporary employment). A second part will focus on investigating the professional and salary pathways of employees on short-term and precarious contracts.