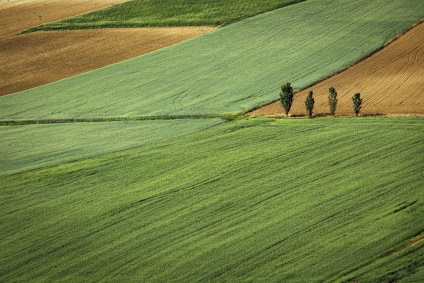 Since the 1970s, the agricultural transformations in Northern France have been marked by a decline in mixed farming systems in favor of specialized systems in field crops. The specialization of farms and territories has led to changes in land use, a shortening of crop successions, and a simplification of cropping systems. These developments have been made possible by the increasing artificialisation of the environment and the globalization of trade in agricultural commodities. Amongst the different environmental impacts due to these transformations has been the deterioration in the quality of groundwater and surface water resources. Despite these generalized tendencies of evolution, the production systems associating cultures and breeding have kept an important place in Lorraine, alongside specialized systems in Alsace and Champagne. Thus, a diversity of agricultural production systems is still present. These systems, which are part of various territorial dynamics but also of different food systems, constitute “forms of agriculture” that are useful to analyze in order to understand the logic of system transformation. The project aims, on the one hand, to characterize the diversity of the agricultural production systems, their evolutionary trajectories, and their distribution in the rural areas, and, on the other hand, to explain the evolutions by putting them in relation with the dynamics of the territories and marketing channels in which farms are registered. The project is based on the assumption that the location of agricultural production systems depends on a combination of factors expressed at three levels of organization: the farm (farm size, cultivated species, livestock, labor, modes of production), the local territory (establishment of agro-industrial sectors, federation of AOC-quality labelled productions, proximity marketing circuits, demographic dynamics, etc.) and the regional territory ( from which climatic, macroeconomic and political factors are expressed). To carry out this work, it is therefore necessary to analyze the dynamics of farms by surrounding them in their territory and local services that can influence their transformations (grain collection cooperatives, dairies, slaughterhouses, short marketing channels). A strong spatial approach will be developed in this project.